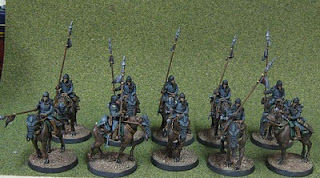 I suspect  the eastern renaissance will be the next primary project .  I have a few 40K items to paint for some friends however, and I want to finish them before i get back to a big-ish project(which the polish are).
Posted by Stephen Thomson at 10:08 AM