this past Sunday  our gaming group got together and enjoyed some Carlist wars using Field of Battle(unmodified). 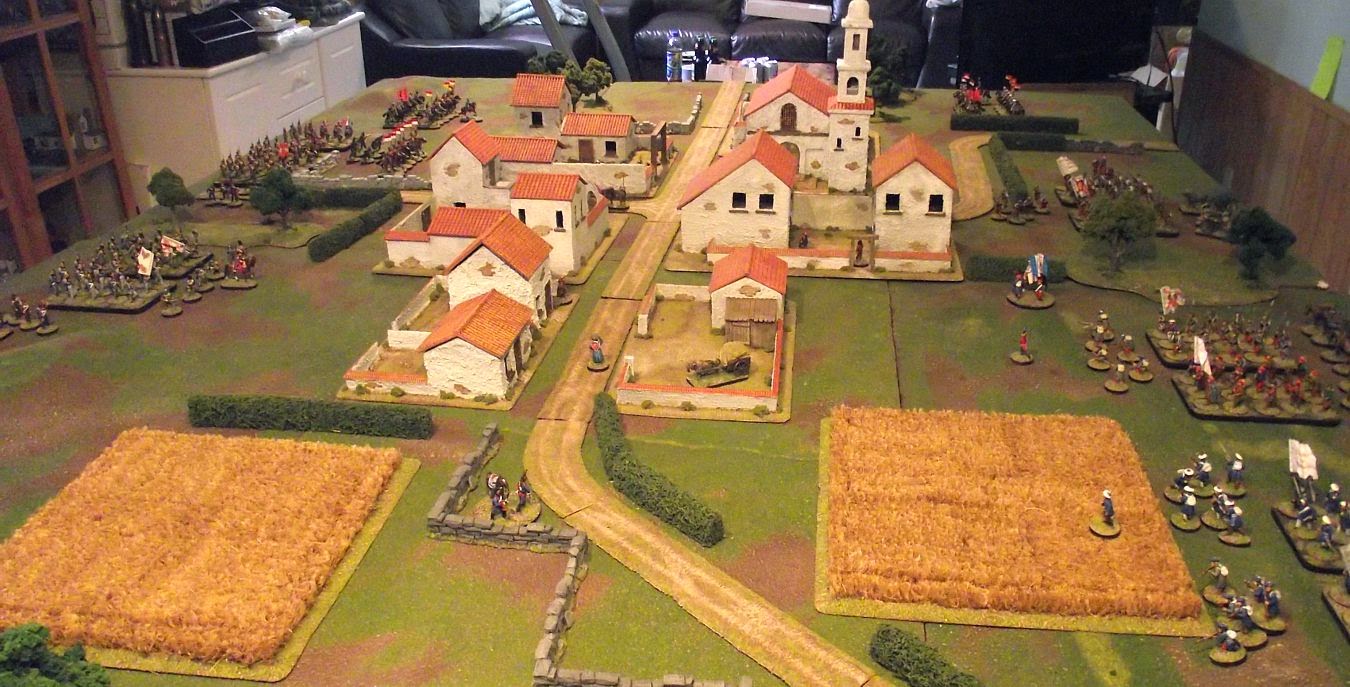 I Scratch build all the terrain over the last few years, and Dave Hoyt supplied the marvelous Miniatures. Perry and Blaze Away miniatures are the manufacturers. 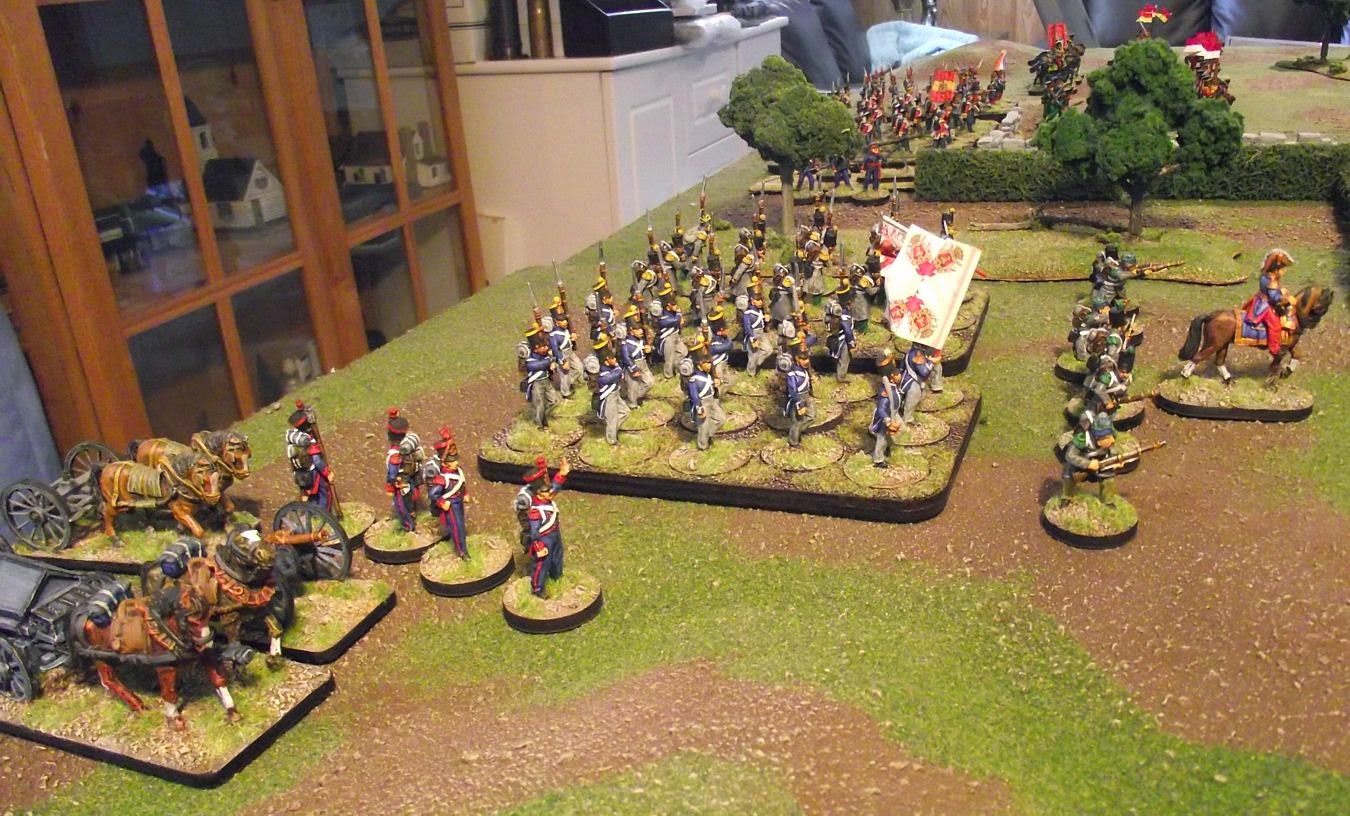 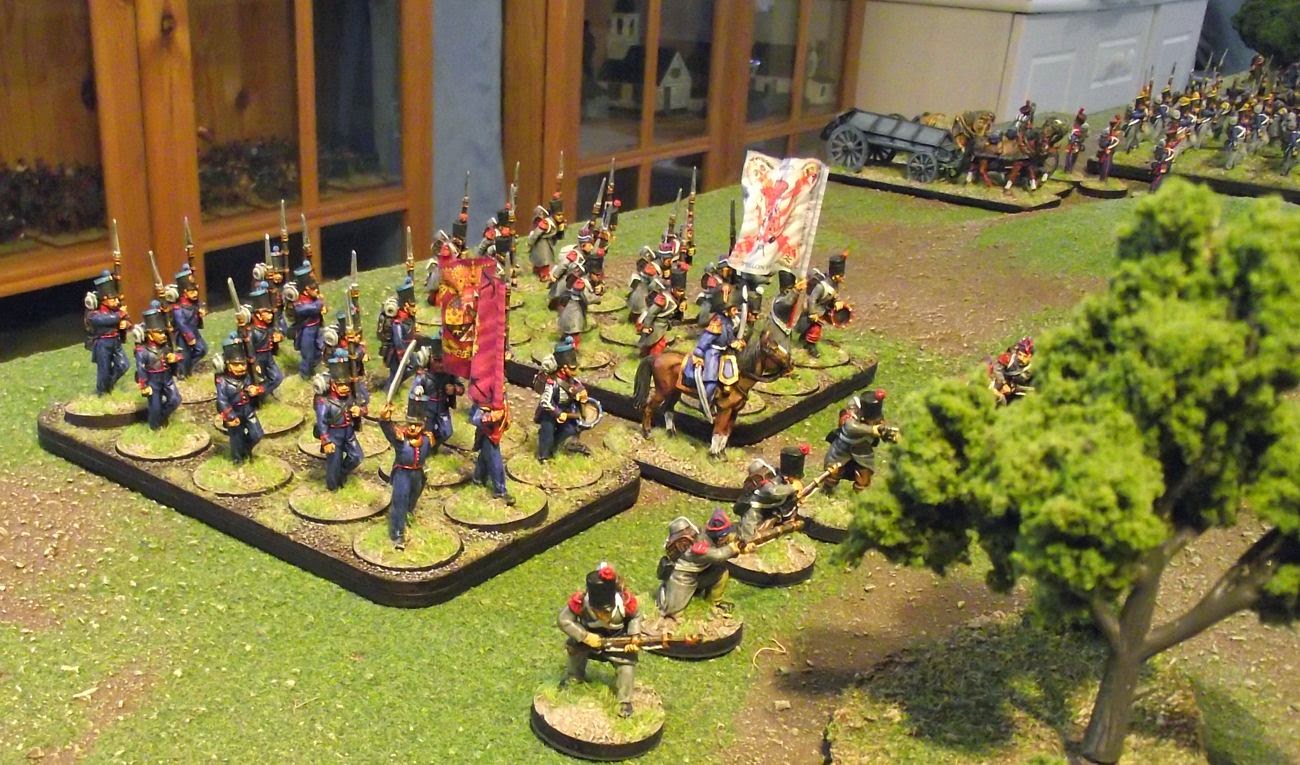 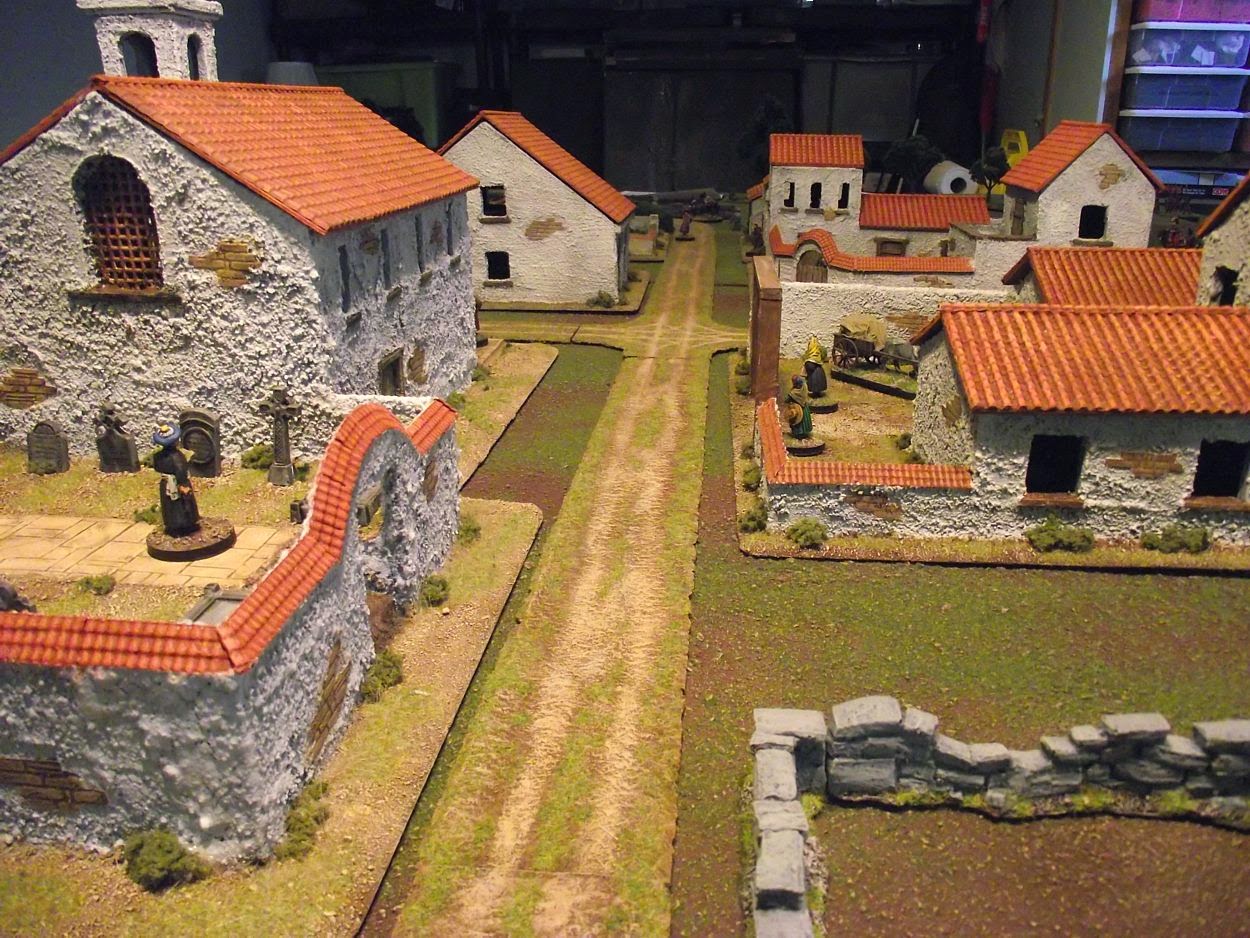 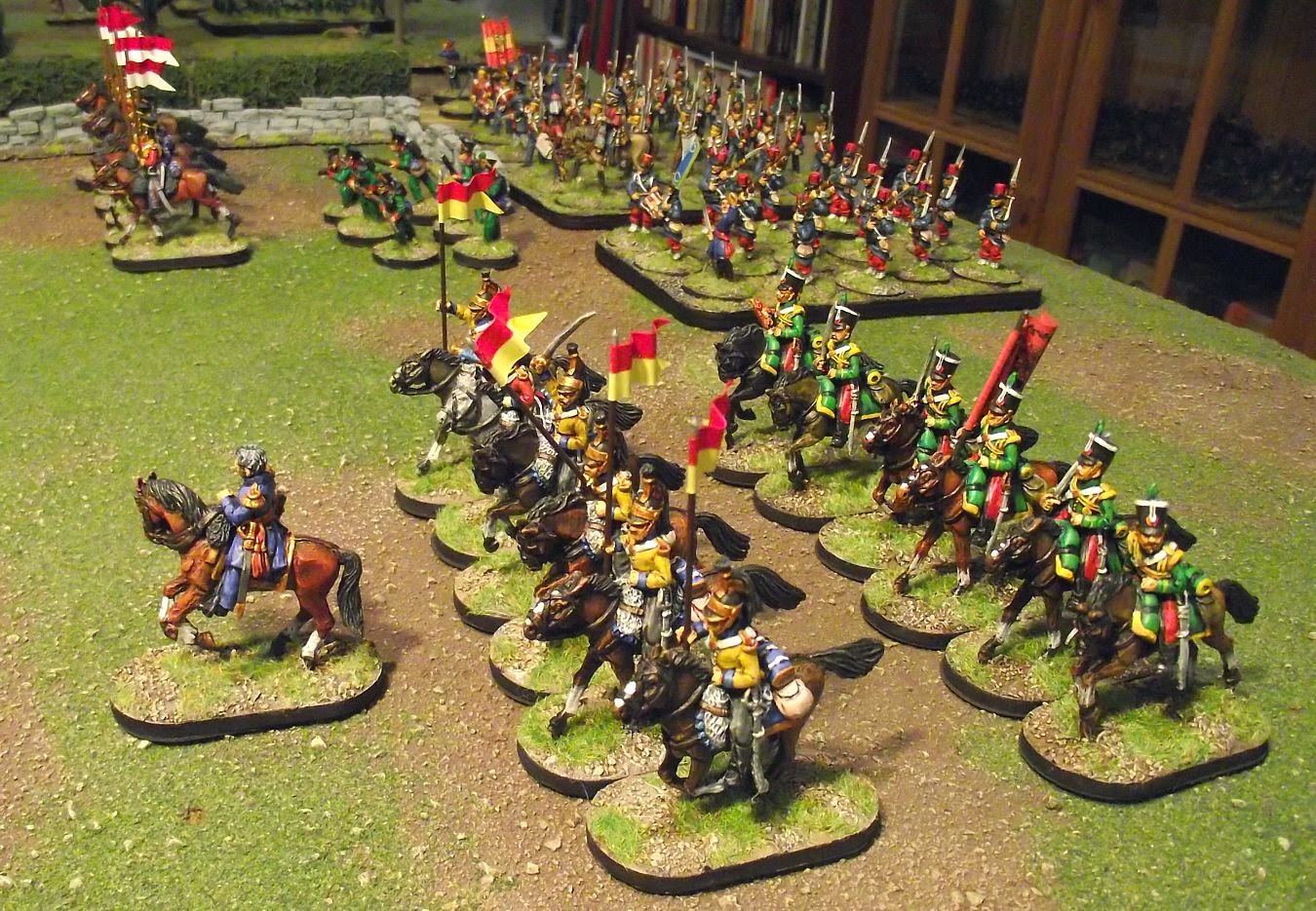 Dave ran the Carlist forces solo, while Jon and I ran the Isabelinos.   Jon had the 2nd and 4rd(cavalry) brigades on the right flank, and I had the 1st and 4th(international) brigade on the left flank, in the town. 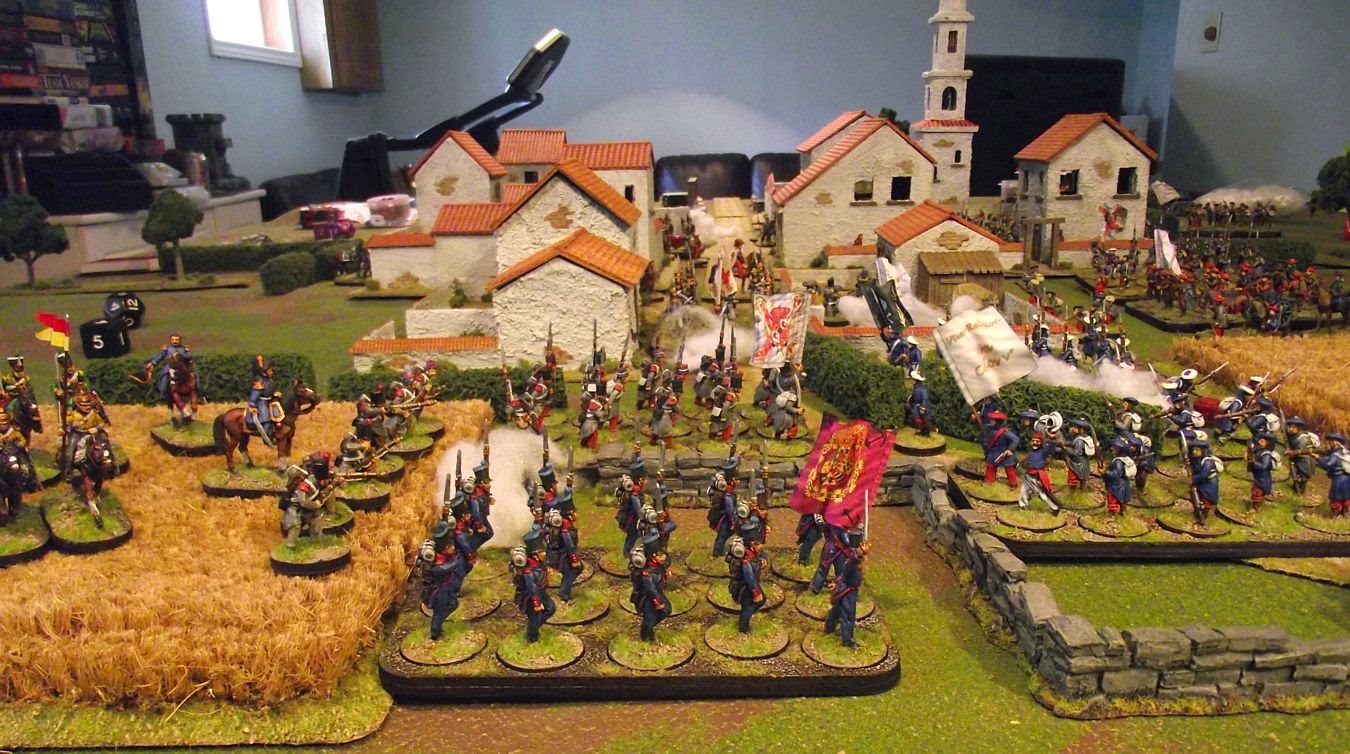 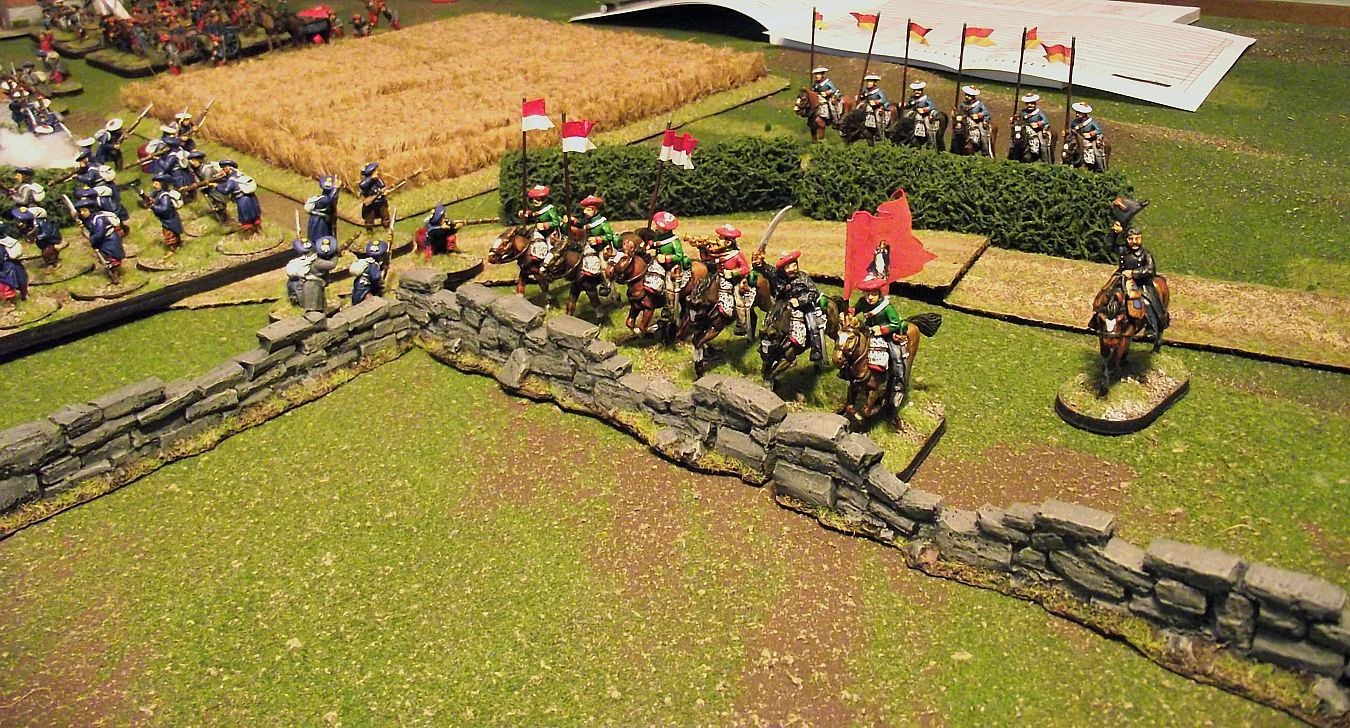 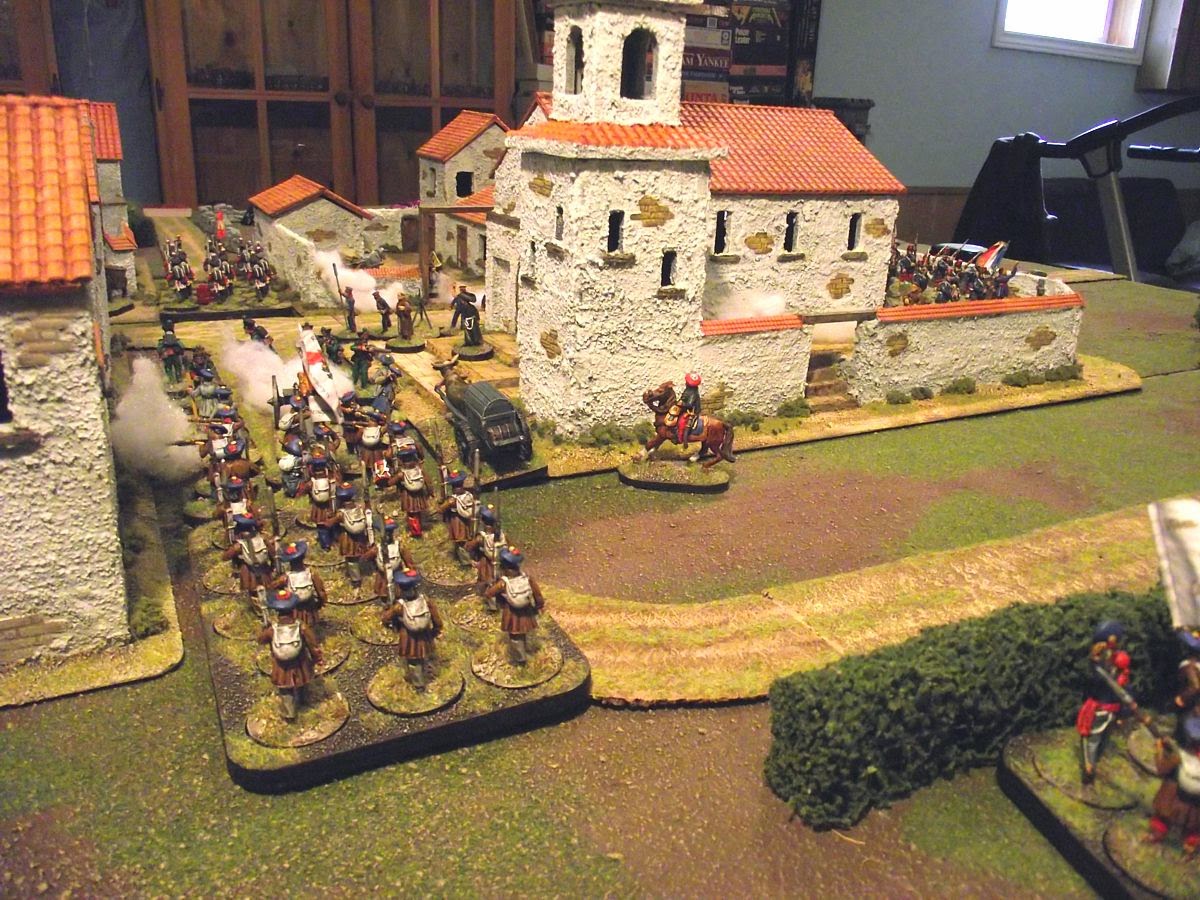 the international brigade(British expedition plus french foreign legion) reinforced by a battalion of the  1st brigade secured the bulk of the town early.  one of the British battalions hastily rushed down the main street into an artillery  barrage and was routed, but quickly recovered.  they cleared the way to the British rifles to pin down the artillery and ultimately were responsible for its demise. 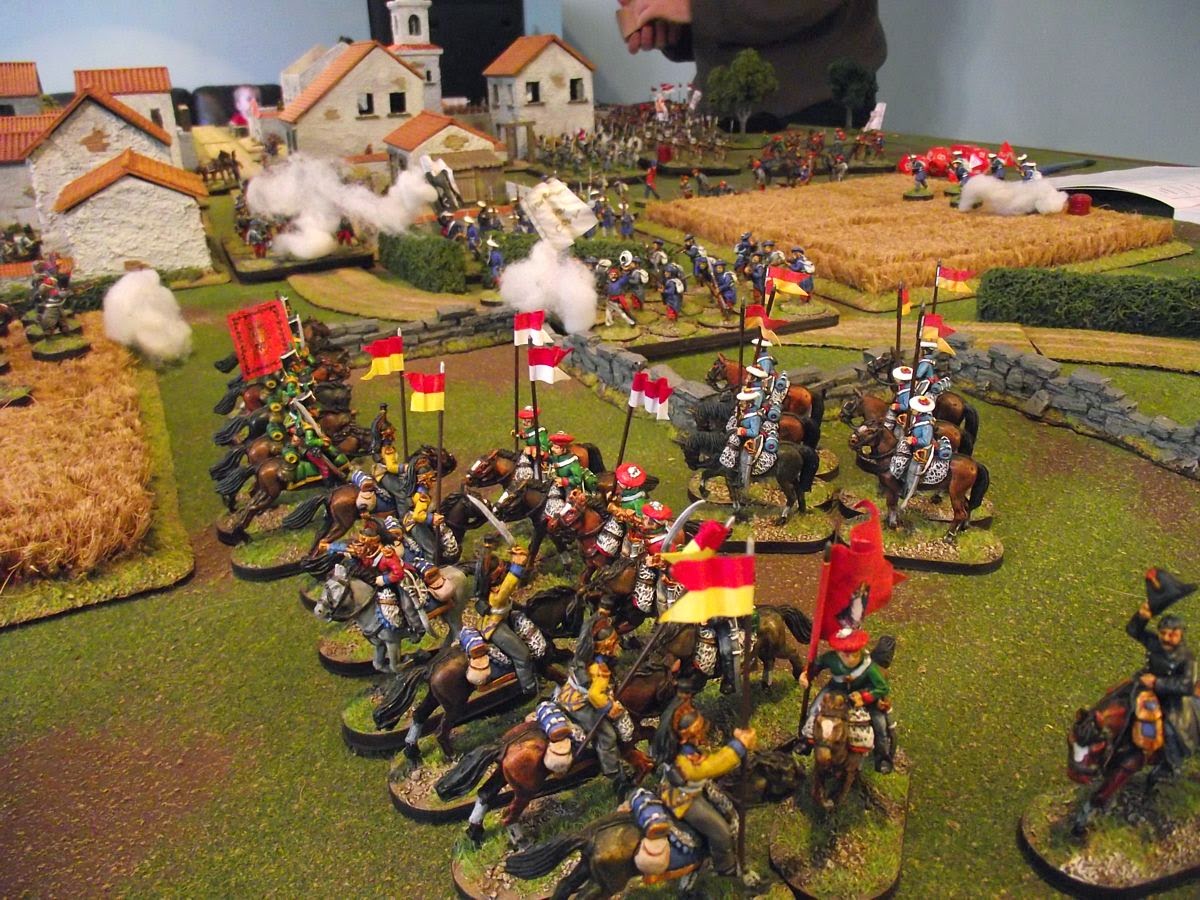 Meanwhile the right flank started out good for the Isabelinos, but quickly started to spiral out of control.  the other half of my 1st brigade was badly mauled. and Jon lost 2 of the 3 battalions in his infantry brigade, with only the guard remaining.  only the cavalry held their own. 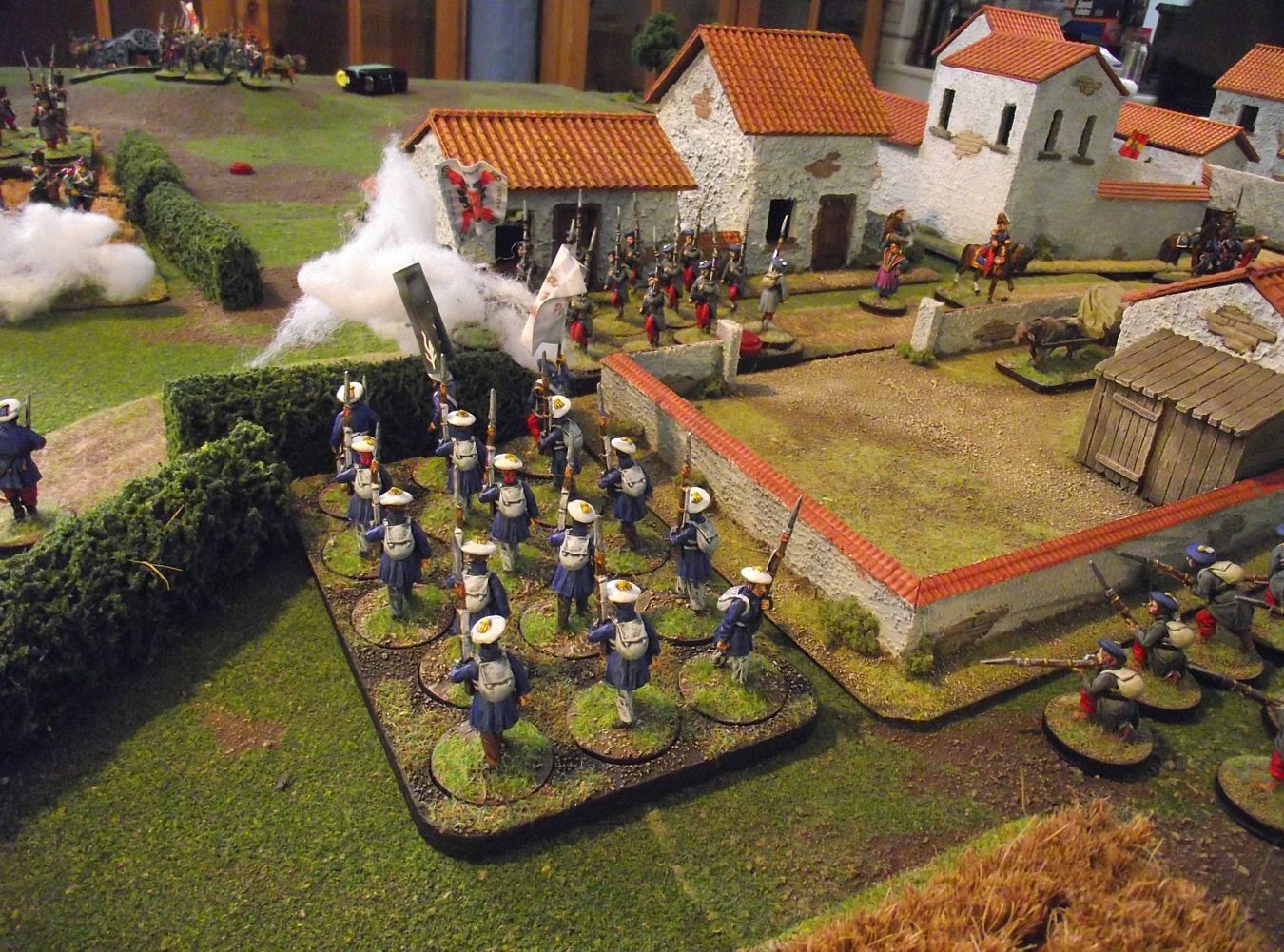 fortunately while that happened, the international brigade finally broke through in the town, flanking the crack Carlist brigade and routing them. although it took rather more flank engagements then I was expecting to do so. one of Dave's crack battalions took 3 flank attacks before routing. 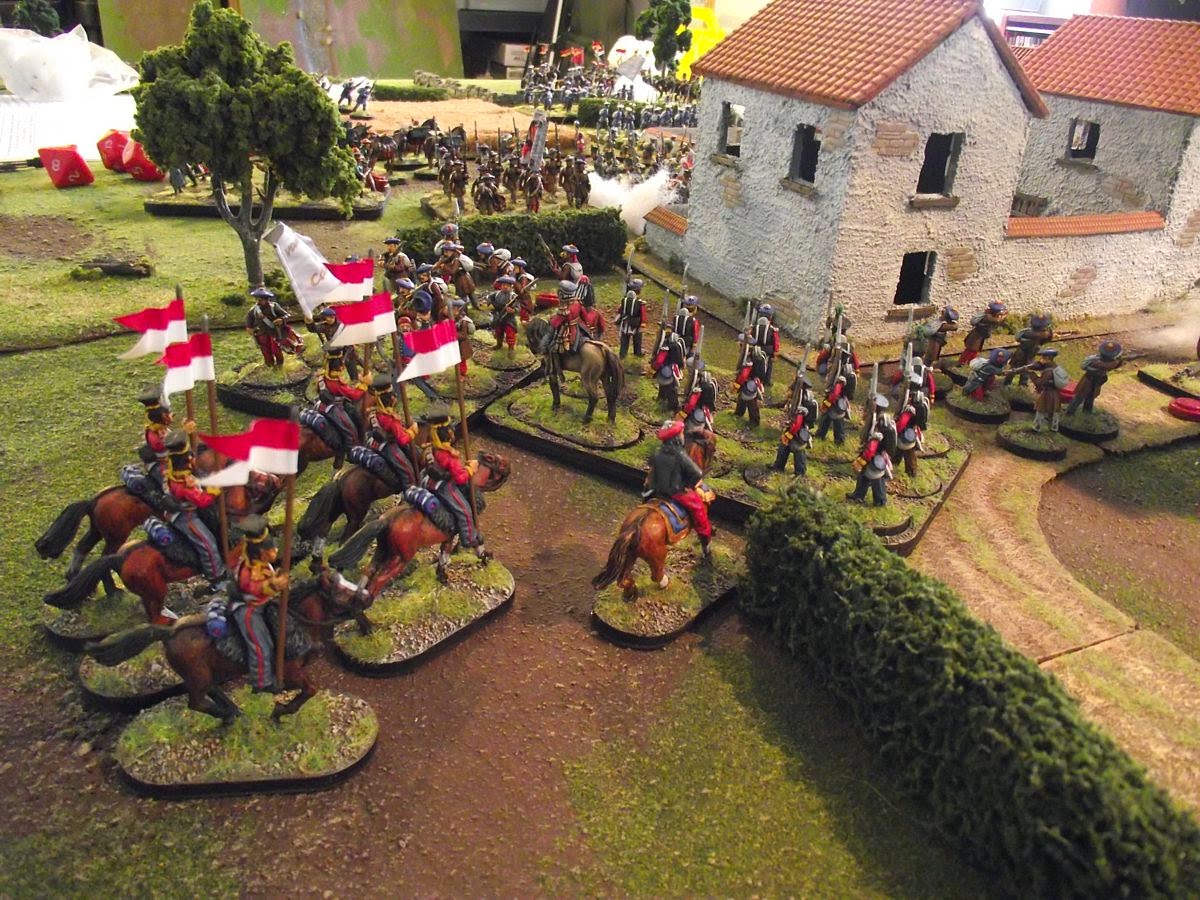 I also had my Warbases delivered  as well as an extension of  the current commission i'm working on.  expect to see some Fife and drum militia on the blog in the not so distant future.