however during a bout of insomnia Sunday night, I painted 16 polish haiduks.  I've had TAG renaissance polish for 3 or 4 years now. i haven't really done a whole lot with them.  however I was considering turning them into a 3rd imagination,  Rzechczypospolita na Polhynow (formerly Vojvodstwo na Polhynov).  the republic of Polhynov is obviously of polish origin. the infantry tradition comes from the eastern haiduks. the heavy cavalry will be using something like WSS french horse grenadiers, or dragoons. the light cavalry will be Polish Uhlans from Eureka. the artilelry will be haiduk artillerists and guns from Old glory.  I have 24 more haiduks with musktest ready to be painted, as well as 24 haiduks with bardische axes for the Rzechczypospolita Gwardia.
and while I was doing some terrain for my friend martin last week(pics will be forthcoming), I  painted up a Grand Manner renaissance cottage that he gave me.  this is a nice addition to my  terrain collection. It's also the first look i have ever gotten in person at a Grand manner building.   tehy are very nice.

the other great thing about the grand manner building is the detailed interior.  the walls have wattle showing through, the floor is stone, and the fireplace is well represented.  the casting is also top notch.  I will be getting this on a base like my other buildings, i just need to get myself some suitable stone walls to go with it. i don't think wattle fencing will do it justice.. 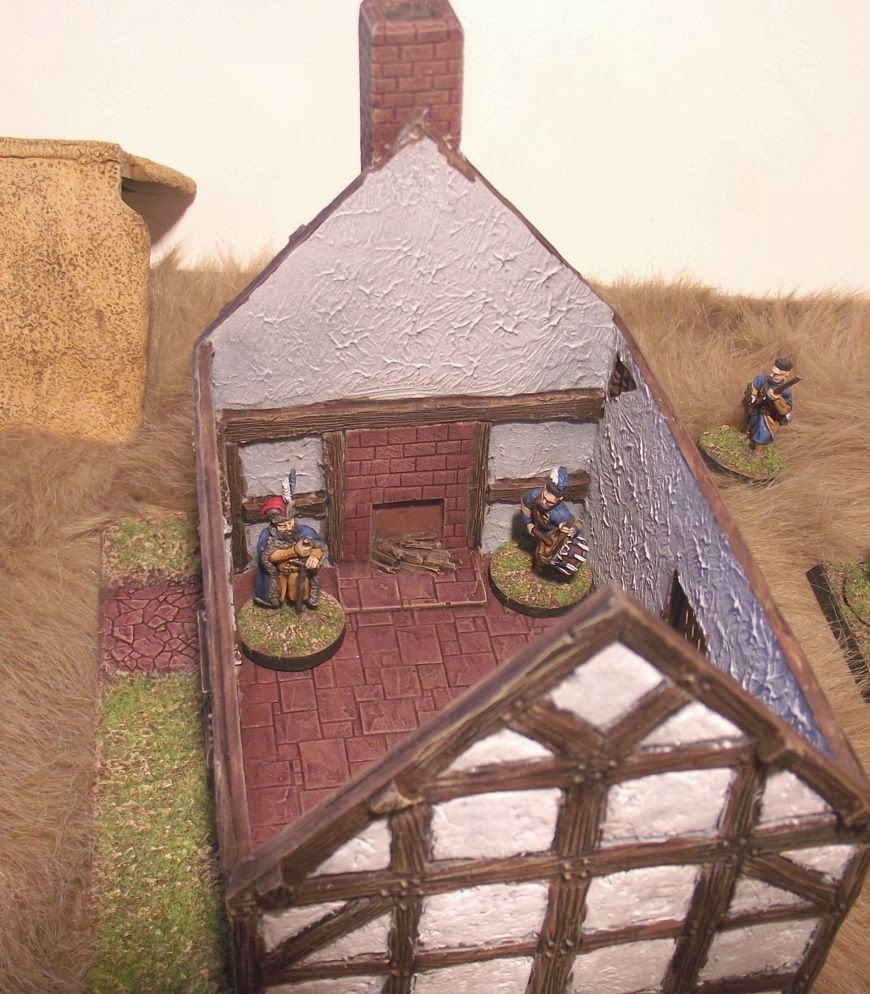 I will have some pics posted of the culmination of last week's terrain blitz. it was an ACW game at my friend martins.  we took pictures on his camera, so I am just awaiting an email with them attached(nudge nudge wink wink hint hint...).

Posted by Stephen Thomson at 1:01 PM