I finally got to painting and basing the last H.G. Walls building I picked up at Hotlead a few years ago.  as per usual, I separated a roof with a  hobby knife so that is suitable for skirmishes, and based it with a fenced yard suitable for how we run buildings in massed combat games.

The base is my standard 8x12" MDF board with some wood filler to make it a bit uneven. inside the wattle fencing, which is renedra.  I was originally going to do it my self with wire, but it was knocked off my base while i was wiring the fence, and all the posts broke off, so i gave in and picked up some fencing when i bought Maurice and Chain of Command recently. 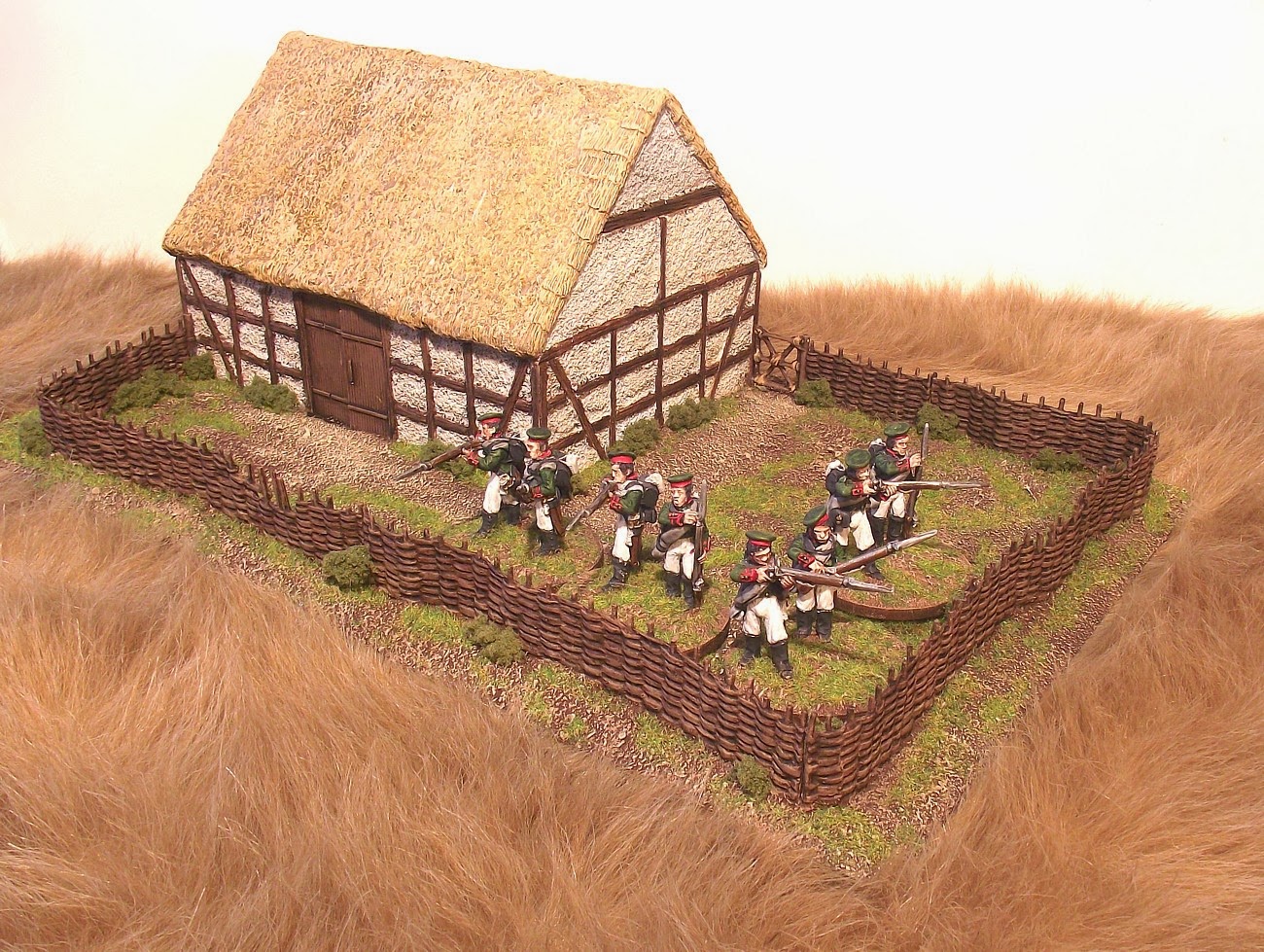 Next I have a battalion of Russian Jaegers in line.  these are perry plastics with a spare foundry mounted officer from the Pavlov command pack. I am including mounted officers in lieu of standards in my line jaegers since they did not have standards.

I really do like the quality of the perry figures.  so much that in fact that I'm planning on selling off my 2 warlord  Russian army boxes, minus 2 units of 16 Pavlov grenadiers. these 2 units are already painted, so i might as well not waste them.  these perry boxes also get exactly 3 units of 16 figures each if you add 2 command sprues(something I have in abundance).

The warlord figures in the smaller boxes are more expensive for lower quality. In the army boxes they are a little cheaper, but come with only 1 set of  command(which are atrociously sculpted) and the average sculpting quality is noticeably lower then perry.

if anyone is interested in the warlord Russian Napoleonic started sets, let me know via facebook(click the badge on the side bar). I'm in Canada(only mentioned because that has begun to matter these days)

Should have a  few pics of our napoleonic game at Martin's from the weekend up soon, and tomorrow we are trying out Maurice, so I'll be sure to take pictures of that as well.

Posted by Stephen Thomson at 10:08 AM